The sport was originally called 'Murderball', though this was later changed to 'Wheelchair Rugby' for marketing purposes.

Wheelchair Rugby first appeared at Southwest State University in Minnesota, 1979, and by 1989 three nations were participating - the US, Canada and Great Britain.

Six teams competed in a demonstration at the Paralympic Games in Atlanta '96, and the sport was recognised as a full-medal sport in Sydney 2000. By London 2012, Wheelchair Rugby was seen by many as the main event, with eight nations participating.

In 1997, sportsman Garrett Culliton, who was injured on the rugby field, saw Wheelchair Rugby played in the USA and decided that there should be a team in Ireland. He gathered a crowd of like-minded quads and the Gaelic Warriors were established as a club. Eventually Munster Wheelchair Rugby was formed in Cork, the Laois Lions in Portlaoise, and of course we have the Ulster Barbarians in Northern Ireland.

Wheelchair Rugby is a mixed sport, played on a basketball-type court with a regulation spherical ball. The two teams aim to carry the ball over the opposing team's goal line to score a point and to have the most points at the end of the game.

A game consists of four eight-minute periods with a two-minute break between each period, except for half-time which is five minutes. Three minutes are added if the scores are tied at the end of the game. A team has forty seconds from inbound to score at the opposite end of the court, having only twelve of those seconds to cross the half-way line, or turnover is awarded to the opposing team. A player can carry the ball for ten seconds, at which point (or before) he/she must either bounce or pass.

Bench Test:
Classifiers test athletes' limbs for strength, flexibility, sensation and muscle tone; and their trunks for balance, ability to lean over, rise up and ability to rotate to both sides.

Functional Skills Test:
Athletes are observed performing both ball handling and wheelchair skills prior to, and possibly during, game play.

The classification system is an integral part of disabled sports, it promises fair and equal competition at all levels, allowing athletes to compete at the highest level regardless of their individual physical differences in ability.

Wheelchair Rugby athletes will have differing levels of muscular ability, and will be classified according to that ability on a scale of 0.5 to 4 (not eligible at 4, being the highest). As the sport was developed for quadriplegic (or tetraplegic) athletes, those suffering from other conditions must meet certain criteria, such as their condition must affect at least three limbs.

Formed in April 2013 in association with Irish Wheelchair Rugby, Ulster Barbarians Wheelchair Rugby Club is the third such club on the island of Ireland and the only in Northern Ireland.

Prior to the formation of our club, we had three players travelling to Dublin every week to train with the Gaelic Warriors, based in Clontarf. From playing the Irish League in the Antrim Forum and the Spinal Unit at Musgrave Park Hospital we knew there were potential players who would provide further merit for developing a club in Northern Ireland, saving our trekkers a four-hour drive for a two-hour session, despite their commitment.

We used this commitment to forge a new club in the North and, with the help of the Gaelic Warriors and Deirdre Mongan who joined us, Ulster Barbarians had a club. Our first committee was formed in a changing room in Dublin and we have been rolling ever since.

There is a special place in the memory of the club for Sean O'Driscoll of the Gaelic Warriors, who gave us immense support in our training sessions while we were building our presence prior to formation.

Since then the Club has gained in strength and would now have about 12 active players over a wide range of ages. It participates in the Irish League which is played over four rounds during a season, and has recently joined Division 3 of the GB League. In 2017 the Club participated in tournaments in England and Germany.

The intensity of Wheelchair Rugby requires certain equipment to be used.

First and foremost, is the specially designed rugby wheelchair that is built to withstand heavy impact as well as protecting the player. There are two types of chair: the offensive, which has ‘bumpers’ at the front designed to force the player through the opposing defence; and defensive chairs, which have a ‘pick bar’ on the front designed to hook onto opposition chairs and slow them down or stop them altogether.

Any manual wheelchair can be used for beginners, though specially designed sports wheelchairs make the game easier.

A round ball similar to a volleyball is used, with two cones at each end of the court to mark out the goal lines. A game clock is also used, akin to those used for basketball. The game is played on a regulation-sized basketball court, preferably with a hardwood floor. 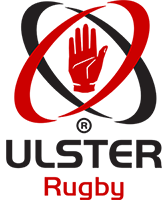 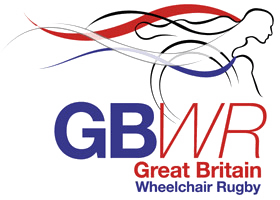