Following an invitation from Martin Beddis, to participate in a tournament hosted by the Liverpool Lions an intrepid band met up at Belfast International on Friday afternoon. The team consisted of Will Doggart Captain, David Ross, Bernard Rooney, Sean Smyth, Paul McLister, and Darren Jackson. Kelly, Damien and Hugo also travelled as team support. Paul had organised the trip and all went seamlessly. The team was met at Liverpool airport by Martin with a van and trailer which was loaded with the rugby chairs and taken to the tournament venue at Greenbank Sports Academy. There Martin arranged for the Barbarians to borrow a large minibus, complete with a lift provided by the Lord’s Taverners Charity. This provided essential transport for the weekend. The team was staying at the Crowne Plaza Hotel and had a quiet night on Friday as part of a disciplined build up to the tournament. 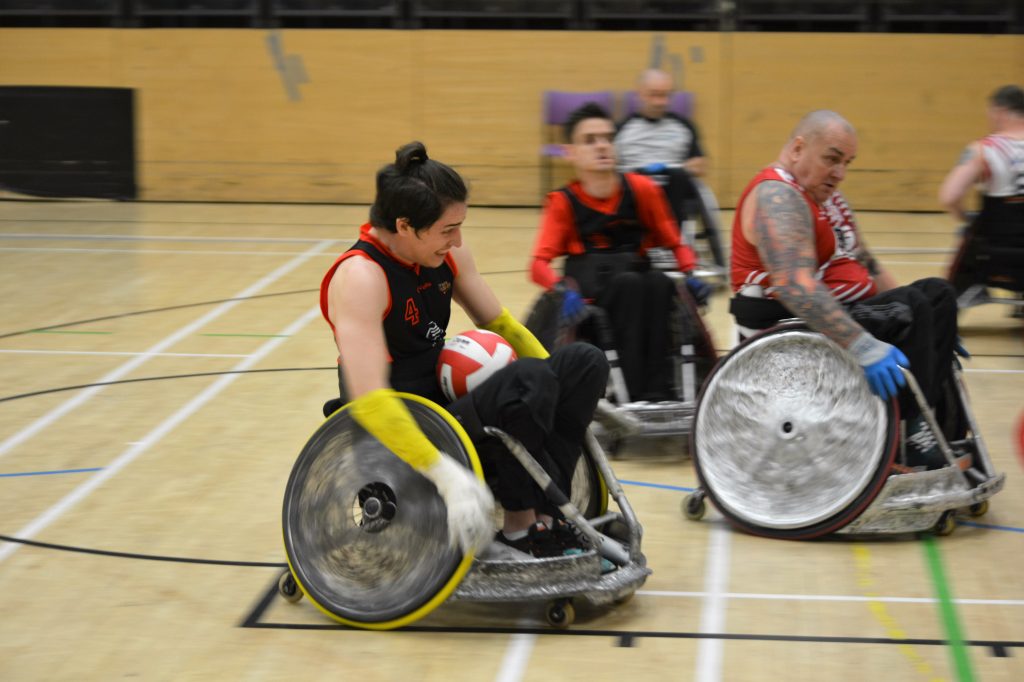 The tournament was played in an excellent spirit of friendship and sportsmanship. It was very well organised and officiated. It was nice to meet up with old friends such as Sue and Stu, and meet many new ones. Just to prove how small a world it is, Grace the physio on the Canterbury team grew up in Bangor. After the tournament the team returned to the hotel for an extensive and intensive debrief. So intensive that some members did not get to bed until the wee small hours. An excellent time was had by all, and the team is already looking forward to the next event. Many thanks to everyone who made the trip such a success.

You can read the match reports here: https://www.ulsterbarbarians.com/fixtures-results/reports