Like many athletes, the Barbarians need some intellectual stimulation as well as physical exercise, and so it was we decided to hold a fundraising quiz. 14 teams of budding Einsteins gathered for a battle of the minds on a Friday evening at Newforge Country Club.

The quiz was run by Paddy, quizmaster, with Paul and Paula marking answers and keeping scores. The competitive nature of the event soon became apparent, with tension rising as the night wore on. Correct answers were received with shouts of triumph, wrong answers with groans of despair. Competition was tight right up to the last round, with two teams, Maggie’s Minions and Gary’s Girls tied for second with 65 points. The tiebreaker question separated the teams with Gary’s girls taking second. First prize of M&S vouchers and bottles of wine was won by Universally Challenged. This team of geniuses also won our last quiz. They will be referred to the handicap committee before the next one.

The raffle was very popular with lots of excellent prizes. Under Armour had donated many items of sports apparel and sports bags, and supporters and members of the Club also donated lots of super prizes.  Prizes included a crystal bowl, a signed Barbara Allen limited edition print, a cash voucher for the Ava Restaurant in Bangor, and many many bottles of drink which proved very popular.

We were also treated to a short fashion show with Dave, Gareth and James modelling some Under Armour tops before they were auctioned off. It’s just a pity there wasn’t a scout for a modelling agency in the crowd. 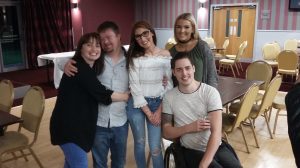 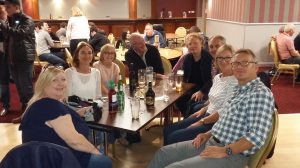 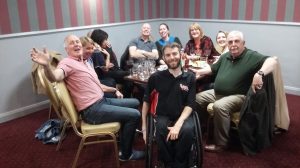 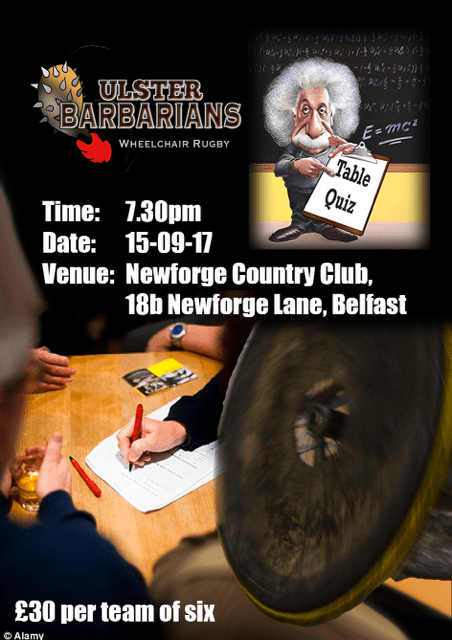